It was not that long ago that the thought of a PS3 emulator that worked properly was out of reach, but yet here we are now about to check out our recommendation for the best PS3 emulator.

Let’s not kid ourselves too much though, PS3 emulation is still in it’s infancy, so the choice out there is limited. But on the other hand, it makes if far easier to give you a clear recommendation on what the best PS3 emulator is.

Contents hide
1 What Is The Best PS3 Emulator For Windows PC, macOS & Linux?
2 Are There Any PS3 Emulator’s For Android?

What Is The Best PS3 Emulator For Windows PC, macOS & Linux?

RPCS3 is the best PS3 emulator across all systems currently. Having been in development since 2011, RPCS3 has been a labour of love for all the contributors to the open source project, ultimately enabling you to be able to now play all the best PS3 games on your PC, Mac & Linux systems.

The first version of RPCS3 was released in 2012 and obviously caught the attention of emulation fans, since then a large number of contributors continue to chip in and add their expertise to the project, making it without doubt, the best PS3 emulator.

The PlayStation 3 is a complex beast, which is why RPCS3 requires a little more configuration and set up than most other emulators. It involves downloading the latest PS3 firmware from the official PlayStation site and installing it using RPCS3’s firmware installer.

Fortunately, there is lot’s of documentation and a quickstart guide on the RPCS3 website to help you along the way.

Yes! Unbelievable isn’t it! The Mac often get’s overlooked when it comes to emulation, especially when it comes to more recent systems like the PlayStation 3, but RPCS3 is not only available for macOS, but it actually very respectable the performance it gives.

Mac users are advised that they will need more recent performance based Mac systems with dedicated graphics on macOS 11.6 or later.

Is RPCS3 Available For Android?

Unfortunately not. An Android version of RPCS3 would be an absolute dream, but would likely turn your phone in to molten lava given the demands on hardware currently!

There are no PlayStation 3 Emulators For Android on the horizon either, so don’t hold your hopes for anything soon either.

At the time of writing RPCS3 boasts a fully playable compatibility level of 68%, with another 28% working in game, but have issues that need to be fixed. Not bad going considering the notoriously difficult nature of the PS3 to emulate.

The RPCS3 site has a full up to date list of compatibility.

RPCS3 has it’s own comprehensive website from which all versions can be downloaded from. It includes lots of help resources and a good amount of background on the emulator should you wish to find out more about the history of RPCS3.

Are There Any PS3 Emulator’s For Android?

No, PS3 emulation is still young and is only performing well on systems with strong CPUs and dedicated GPUs. Mobile devices are just not powerful enough to handle the demands of PS3 emulation.

There are numerous fake PlayStation 3 emulator apps advertised for Android, but don’t be fooled, if it seems to good to be true, it more than likely is!

It’s a pretty clear outcome that the current best PS3 emulator is RPCS3, there is no other option. Fortunately, RPCS3 is turning out to be a real gem of an emulator and will likely remain the choice of PlayStation 3 fans when looking to emulator the system.

The main competitor of the PS3 was of course the Xbox 360, we also have some recommendations in our guide for the best Xbox 360 emulator.

Finally, if you’re looking an emulator for another system, check out our comprehensive emulator guide, where you’ll find links to many other classic retro system emulators. 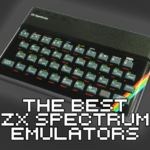 What Is The Best ZX Spectrum Emulator 2022 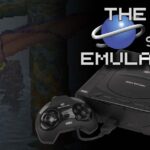 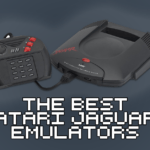 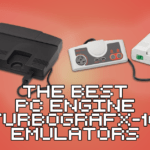