Dolphin is available on Windows, Mac, Linux as well as Android and performs really well on each of these platforms.

As mentioned above, Dolphin is without doubt the best GameCube emulator available for PC, Mac & Linux.

Dolphin excels at bringing your favourite GameCube games in to the present with excellent upscaling, anti-aliasing and filter processing built in. You can even currently upscale your games up to 5k resolution (although don’t expect great performance unless you have a beast of a PC!).

Whilst comprehensive, Dolphin is very easy to use in terms of it’s layout and basic functionality. There is a lot to experiment with though in terms of improving the graphical fidelity of games, but this is all part of the fun, tweaking until you get your GameCube games looking super in their upscaled glory!

Dolphin is free to use and without doubt is one of the most developed and supported emulators out there.

To help get you up and running, also check out our guide on how to use Dolphin GameCube emulator.

Whilst not as fully realised as it’s PC counterpart, Dolphin Emulator on Android still offers an incredible amount of quality, making Dolphin easily the best GameCube emulator for Android.

Dolphin Emulator on Android is pretty straight forward to use and still offers a decent amount of configurability. One of the key things are the graphics options such as resolution upscaling, anti aliasing and post processing filters.

Not many Android device will cope with everything ramped up to full of course, so take some time to experiment with the graphics settings to see what works best for your device. Although on most modern Android devices, the out of the box settings tend to work reasonably well.

Dolphin has also found it’s way in to RetroArch with it’s own core. This is now in a really decent form and is of great relief to fans of RetroArch who have been waiting to easily access their GameCube games from their RetroArch set up.

As with every other version of Dolphin, it works really well out of the box as soon as you fire up a game after installing the Dolphin core.

The Dolphin RetroArch core has all of the important options available where as improving the graphics of your GameCube games including resolution upscaling, anti-aliasing as well as being able to benefit from the usual RetroArch features such as CRT shaders, etc.

A perfect way to get GameCube games added to all your other favourite emulators in RetroArch.

How To Set Up Dolphin Emulator

How to Use Dolphin GameCube Emulator 2022 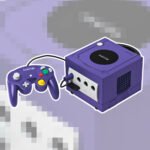 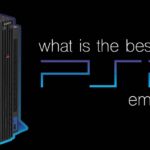 What Is The Best PS2 Emulator 2022
Scroll to Top