Here we review a hidden gem for the Sony PlayStation. Jet de Go! Is an arcade style flight simulator for the original PlayStation by Taito which was only released in Japan. Based on the popular Japanese ‘landing’ series of arcade games, Jet de Go arrived on the PlayStation in February 2000, a late game in the PlayStations life.

The game is compatible with the Jet de Go flight wheel, which gives players an analogue wheel and thrust control to play the game with, otherwise a normal controller will work just fine. The wheel is relatively tricky to get hold of now, but you can occasionally find one on ebay.

The game has a simple premise, you play as a pilot for an airline whose aim is to progress by earning experience points the more flights you complete. There are essentially 3 main activities, which are to take off, fly to a destination via checkpoints, then finally to land successfully. You start off by selecting the class of aircraft you wish to pilot, then select the specific flight where the time of day and weather conditions can vary. Then you simply carry out your mission.

Once you finish your flight, you are then rated on your approach, descent and quality of your take off, flight and landing. This determines whether you progress further, or how many points you earn.

The controls are simple, you use the d-pad to control the plane’s pitch, Circle and the Cross buttons control the engines, and the Triangle button activates the prompts on screen, such as radio checks and getting your landing gear up and down and advising passengers to put on their seat belts, it’s all quite cute and quirky stuff!

Gameplay is very relaxing,even when the alarms sound to advise if you’re dropping speed or going off course! Once you’ve completed a level, you’re treated to a brief action replay of your last manoeuvre. It looks primitive now, but it’s got so much charm about it.

Jet de Go is one of those rare gems on the PlayStation, yes perhaps an acquired taste if taken seriously, but in my view there is nothing not to enjoy about this quirky fun game.

You must absolutely give it a try! 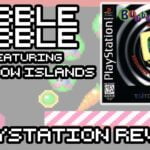 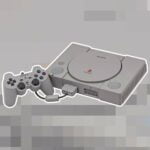 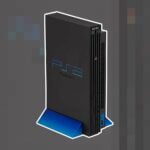