Early 80s home computers and hardware were notorious for being a little fragile, especially when you add in things such as RAM packs into the back of them. So, what’s the least suitable game you could possibly release on these fragile pieces of technical wonder? A button bashing, joystick busting, competitive sports game, that’s what!

Hyper Sports is the sequel to Track & Field and first launched into the arcades in 1984 to great acclaim. It received several ports, with the ZX Spectrum version being particularly popular. Converted by the talented Jonathan ‘Joffa’ Smith for Ocean on their Imagine publishing label, Hyper Sports is an excellent conversion of it’s arcade original. It has all of the events of the arcade original, except the pole vault – Presumably due to memory limitations, but still, you’re getting an excellent game.

It is worth noting that it is only a single player game on the Spectrum, which is a huge shame. But that said, it’s probably for the best as you’ll end up halving your costs on broken joysticks this way!

Hyper Sports requires both stamina in your button bashing or joystick waggling, along with good reaction times, each event requires you to hit the minimum time, score or distance to quality for the next round.

Swimming starts off with rapidly pressing left and right to swim faster, but you have to time your gasps for air just right, otherwise you will end up stopping having gulped in a load of water.

Skeet Shooting is simple but tricky, you use left or right to shoot in the direction the clay birds come from.

Long horse is a straightforward run to the vault, you don’t even have to tap the buttons to do this, then time your jump and bash the buttons to get as many spins in and land on your feet.

Archery, is a game of timing, first of all you have to skillfully stop the wind direction to as little as possible, then simply press and hold fire to time your shot and set the angle in order to get as close to the bullseye as possible.

Triple Jump is a case of bashing the buttons to get your speed up, then set your angle for the hop, skip and jump to get as far as you can.

Weight Lifting is the final event on the ZX Spectrum version and is quite a challenging one if you set the bar too high for yourself. Simply bash or waggle left and right to get the weight to chest height, hit the fire button when your player changes colour, then bash away until you get the three count from the judge to successfully make the lift.

After all that, I was actually a bit tired out! Hyper Sports is a superb conversion for the ZX Spectrum, and exceptionally so with it being a 48k game. There are many places to play this, but give the Speccy version a go, I guarantee you won’t be disappointed! 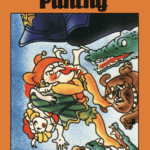 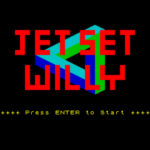 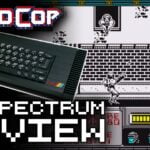 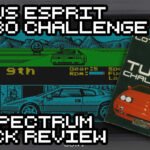