Skip to content
How to Retro > Emulation > What is the Best Amiga Emulator 2021?

There are only two choices when looking at the best Amiga Emulator, this is WinUAE and FS-UAE. Both based on the original development of the UAE project, WinUAE & FS-UAE are the most up to date and advanced Amiga emulators available. Both regularly updated and benefit from a huge community of users.

Both applications will give you the best emulation experience available, but it is often observed that Amiga Emulators can be fiddly to set up and can be intimidating to inexperienced users.

WinUAE without a doubt retains it’s crown for being the most advanced and widely used Amiga Emulator on WIndows PC’s, hence the name WinUAE.

If you are a confident PC user and are familiar with the concepts of emulation, managing kickstart ROMs, system configurations and enjoy the whole process of setting up your emulators, then WinUAE is the Amiga Emulator for you.

This doesn’t mean to say if you are a beginner, then WinUAE won’t be for you. It is still a simple to use application, there is just a slightly longer learning curve with some of the more advanced options available.

WinUAE places are degrees of emphasis on compatibility and cycle-exact accuracy. You’ll be able to emulate everything from the original classic Amiga’s such as the A1000, A500, A1200 & CD32, through to the Amiga machine you always dreamt of back in the day, kitted out with accelerator boards and maxed out specs. WinUAE Boasts virtually 100% compatibility in it’s cycle-exact A500 emulation, which is hugely impressive.

Why not recreate that original Amiga feel even more by investing in an old school Competition Pro USB Joystick, it works great with WinUAE & FS-UAE.

Sensible Soccer is just not the same unless you are playing on one of these!

Check out our review here.

Also, check out our WinUAE set up guide HERE if you need help with the basics.

Best Amiga Emulator for Games and Ease of Use – FS-UAE

If you are looking for a simpler, more game oriented Amiga Emulator for the PC, then FS-UAE will be your best choice. Also, if you are a Mac, Linux and Android to a slightly lesser extent, FS-UAE is basically your only choice!

FS-UAE brings the best of both accurate Amiga Emulation, but with a simpler GUI and set up than WinUAE.

It’s interface when booted for the first time instils confidence with it’s menu system being broken down into simple tabs such as Main Configuration Options, Floppy Drives, Hard Drives, Input Options. There are also built in preset options to help you make that one click set up of your emulated Amiga, that much easier.

One of the features I love about FS-UAE is it’s integration with the OpenRetro Game Database, allowing your Amiga game library to be scanned and game artwork and screenshots to be imported. You can then access your games from in a big screen mode with a controller, using an attractive animated wheel to flick from A-Z.

Another really important feature of FS-UAE is it’s baked in WHDLoad support. WHDLoad can be a little tricky to get up and running, but not here! Simply add your WHDLoad archive as a Hard Drive image, then it will be identified as a WHDLoad game and configure settings for you, wonderful feature!

The FS-UAE site has some excellent guides to get you up and running as well as a strong community forum and Discord channel, so be sure to check these out too.

Want to know more about the Commodore Amiga?

Why not check out our articles on the range of Commodore Amiga computers, as well as a video compilation of the Best Amiga Games ever made.

What is a Kickstart Rom and what is it used for?

Before you set off, it is worth noting that Amiga emulation requires the use of a ‘Kickstart ROM’. The kickstart is essentially a small piece of software built into the ROM of the Amiga (This was actually in the form of a disk with the Amiga 1000), which allowed the Amiga to load software.

You will find with both WinUAE & FS-UAE, you will be required to select a Kickstart ROM file in order to ‘boot’ your Amiga.

There are two options here, simply utilise the supplied built in ‘AROS’ Kickstart ROM, but this comes with the potential price of lower compatibility with Amiga software. Or, alternatively, purchase all of the Amiga Kickstart ROMs with Amiga Forever. 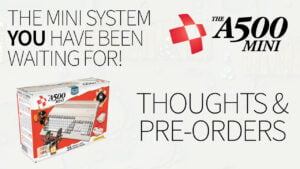 So, finally the long running speculation can end. The Amiga ‘mini’ is coming, in the form …
Read More 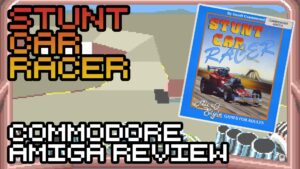 Stunt Car Racer is a 3D racing game with a difference. Released by MicroStyle in 1989 …
Read More 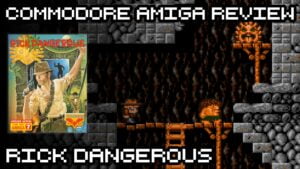 Before Tomb Raider and off the back of the successful Indiana Jones films, we saw Rick …
Read More 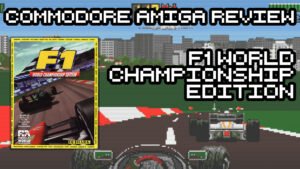 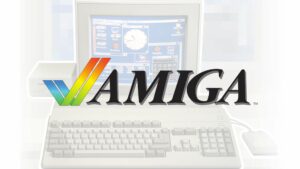 The Commodore Amiga is a range of personal and home computers released from 1985 to 1993. …
Read More 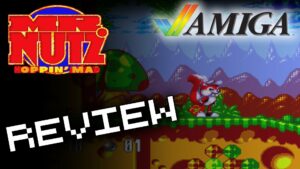