The Sega Saturn has typically been one of the more awkward consoles to emulate, that’s why we’re making it easy for you by indeed answering, what is the best Sega Saturn emulator?

Sega’s first CD based console, the Sega Saturn directly competed with the Sony PlayStation but suffered unfortunately from an initial higher price tag than it’s competitor, and ultimately, less support from key developers due to it’s complex multi processor architecture. But regardless of commercial success, the Sega Saturn spawned a wealth of first party titles and classic arcade quality 2D games.

Read on to find the best Sega Saturn emulator for you!

Whilst RetroArch is not the actual emulator, it does however provide a very easy access platform to some very robust Sega Saturn ’emulator’ cores.

RetroArch is not just for the Sega Saturn, it is very much our preference when it comes to easy access to console emulation. It’s perfect for kicking back on the sofa with a controller and scanning through your game libraries.

Without doubt, we would recommend using the Beetle Saturn Core, it is one of the most popular and robust cores available. It is easy to install and to set up – Check out our RetroArch Sega Saturn Set Up Guide to see just how quickly you can get up and running.

Other Sega Saturn Emulators For PC

First up is Mednafen. Mednafen actually has a bit in common with RetroArch, in that it is a multi system emulator. But the great news is, it is highly regarded for Sega Saturn emulation. There is a fairly steep learning curve, but as long as you stick with it, you will be rewarded with a very solid Sega Saturn emulator.

RetroArch does it again for us, it takes away a lot of the drama and time of trying out loads of different emulators, and just keeps everything in one tidy package. This time though, we recommend using the YabaSanshiro core as this is still at the time of writing, the most reliable Sega Saturn Core to use.

It is worth noting that you will need Sega Saturn BIOS files to be placed in the Retroarch/System/ directory on your device in order to boot games. You can essentially follow our RetroArch Sega Saturn Set Up Guide for PC as the principles are the same for the Android version of RetroArch.

Many of the features found in the PC version of RetroArch are present here in the Android version too.

Whilst RetroArch is fantastic, it is quite menu heavy in terms of menus and options for a mobile device. So, if you would rather cut straight to the chase and download a dedicated Android Sega Saturn emulator, check out the following.

There are not very many options currently on the Google Play Store, other than Yaba Sanshiro 2, however it is a well regarded emulator and certainly gets the job done.

Do not necessarily be put off by some of the low reviews, it can be a little fiddly to set up, but the app does provide instructions on what you need to do upon booting up the app.

The Sega Saturn was part of the fifth console generation and was up against the likes of the PS1, N64 Atari Jaguar and underdogs 3DO. Whilst the Saturn was a beast of a machine, it just was not any match for the price and developer support of the Sony PS1, which dominated the generation.

It’s really interesting to compare this generation of consoles though, we have made guides on the best 3DO emulator and best Atari Jaguar emulator so you can check out what the underdogs had to offer.

Also, why not check out our comprehensive emulator guide which offers information on emulators and links to all of our best emulator recommendations. 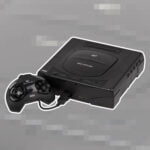 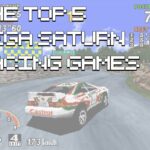 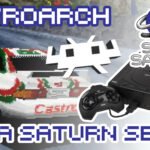 How To Set Up RetroArch For Sega Saturn
Scroll to Top