PS Vita emulators are still in their infancy currently. Which is not totally unexpected as the PS Vita did only launch in most of the world in 2012, the year before the PS4! So this best PS Vita emulator list is going to be condensed to just one recommendation.

However, whilst the PS Vita was not the most popular handheld console when it was launched, it has ended up being a real Sony fan favourite with it’s really strong Sony licences in it’s game library, in particular the game library in Japan is very popular with collectors and PS Vita fans.

So what would be the best PS Vita emulator at this point in time? Read on to find out more!

The most promising looking PS Vita emulator is Vita3K. Whilst it is not the most compatible emulator at this point in time, at the time of writing it can run over 190 commercial games that are in a playable state as well as over 110 homebrew games, these links to the full compatibility lists are updated regularly.

Vita3K is an open source project which enables it to progress at a much quicker rate than if it was a closed source project. The Vita3K github page demonstrates the amount of people involved or interested in the Vita3K project,, which is reassuring for fans of PlayStation Vita emulators.

What Is The Best PS Vita Emulator For Windows PC, Mac And Linux?

Vita3K is the best PS Vita emulator available for Windows and Linux.

There are only Windows and Linux versions still in development, so if you are looking for Vita3K Mac downloads, you’re out of luck at the moment!

Is there a PS Vita emulator for Android?

In short, no, there is no PS Vita emulator for Android at the moment. Since the only emulator that is publicly in active development is Vita3K and there are no signs that there is a Android version of Vita3K coming any time soon.

Be warned, there are sites claiming to offer Vita3K APK files, these are all fakes and you risk damaging or compromising security on your Android device if you install any fake apps of this nature.

My advice is to keep an eye on the Vita3K site for any developments for Android and other systems. 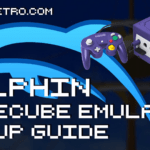 How to Use Dolphin GameCube Emulator 2022 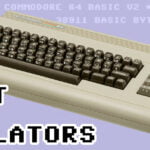 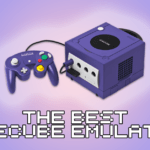 What Is The Best GameCube Emulator 2022

What Is The Best Neo Geo Emulator 2022
Scroll to Top