There are many PC Engine emulators available, but many are not that accessible in terms of having to pair them up with a frontend to make them user friendly (such as Mednafen and MAME), so we recommend using RetroArch if you are looking for an easy to use PC Engine emulator.

This does not mean however that you should disregard the other emulators as they all have their pros and cons, this guide will highlight the best PC Engine emulators for both casual users and more experienced.

What Is The Best PC Engine / TurboGrafx-16 Emulator For PC, Mac & Linux

The best PC Engine / TuboGrafx-16 emulator for PC is RetroArch using the ‘Beetle PCE’ core. You essentially get all the benefits of Mednafens ‘pce’ module with this port to RetroArch.

There are two variants of the ‘Beetle PCE’ core in RetroArch. The standard version and ‘Beetle PCE FAST’, the main difference between the two being that ‘Beetle PCE’ is accuracy.

You can also play PC Engine CD games with this core, but to do this you will also need to obtain a CD BIOS file for the system. These must be placed in the RetroArch ‘system’ folder for the core to identify them.

What Is The Best PC Engine / TurboGrafx-16 Emulator For Android

The best PC Engine / TurboGrafx-16 Emulator for Android is PCE.emu.

PCE.emu is a well reviewed open source PC Engine / TurboGrafx-16 emulator for Android. The emulator is based on Mednafen emulation which is provides excellent PC Engine emulation, so this app is built on great foundations.

Mednafen is a well established, portable multi system emulator. It’s included in this list because it not only obviously can emulate the PC Engine / TurboGrafx-16, but is also notable for it’s excellence in doing so.

Mednafen by itself is a command line operated emulator, but there are plenty of frontends available to use alongside Mednafen so make things more user friendly. Mednaffe is a recommended frontend for Mednafen, so be sure to download this if you are keen to try Mednafen.

Ares declare on their site that over 95% of PC Engine / TurboGrafx-16 games are fully completable, which is an excellent rate of full compatibility. Ares is a more recent player in the multi system emulator scene, but one which is building a good reputation. 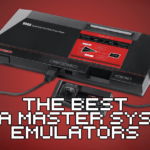 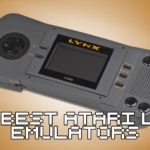 What Is The Best Atari Lynx Emulator 2022 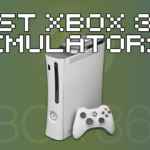 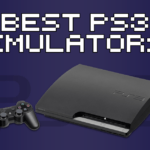 What Is The Best PS3 emulator 2022
Scroll to Top