The Vectrex is very much an oddity in games console history. Developed as a concept and system by Smith Engineering, the Vectrex found it’s first release in North America in 1982, then in Europe and Japan the following year.

The Vectrex is a unique standalone system which incorporates a 9 inch CRT screen in to an all in one unit. The system bucked the trend of console of the time running in full colour, by running with a monochrome monitor, but was able to accommodate colour ‘overlays’ on the screen. The display on the Vectrex console is very striking due the unique vector graphics which are bright and vivid due to the clever method used to generate the vectors using a standard CRT screen.

Unfortunate timing with the release date of the Vectrex meant that, although intial sales looked strong, the lifespan of the Vectrex console was limited due to the video game industry crash in 1983 in North America.

Whilst the Vectrex console was developed by Smith Engineering, it was manufactured by General Consumer Electronics initially, then by the Milton Bradley Company (MB) up until 1984, upon which the system was discontinued.

These days, the Vectrex is very much a collectors item, often requiring maintenance and an overhaul when bargains are picked up. A common repair is for the system is the centering spring on the control sticks, this and many other spare parts are available, typically on ebay and retro game specialists.

Find a Vectrex for Sale

We’re not going to beat around the bush. Buying a Vectrex is not a cheap business anymore! There are however bargains to be had, so if you are looking for a Vextrex for sale, ebay is absolutely your best bet. 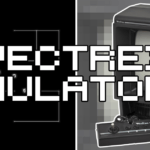 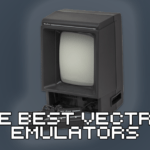 What Is The Best Vectrex Emulator 2022 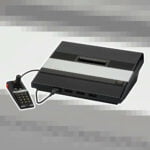 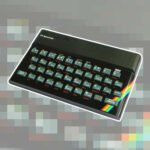