F1 World Championship Edition is an arcade style F1 racer that was released on the Mega Drive, SNES & Amiga.

It is one of the few officially licenced F1 games of the time. What is interesting is the difference in standards of licences games from the 90s vs present day. Now, obviously the graphics and sound have all massively improved since this time. Back then, simply having the licence to use the F1 brand as well as the team and driver names would be good enough. But things you wouldn’t get away with now in an F1 game are the vague representations of the tracks for example!

Not to start this review on a negative, but I think it should be more of an expectation setting. This is very much a game that was released at the end of the 16 bit era, in 1995, so in some ways, this game represents a goodbye to the 16 bit style racing of Super Monaco GP and Lotus Turbo Challenge.

Fans of Amiga racing games may well notice that F1 World Championship Edition is clearly a slight evolution of the game engine that was first seen in the 1991 game Vroom. This was then followed up by the game F1, which actually was virtually identical to Vroom, then came F1 World Championship Edition, which saw the game get a lick of paint, nicer menus, the car sprites updating and so on.

The key difference between Vroom and this version of F1 is the speed of the game. Vroom is an acquired taste, it has it’s fans, but god it moves so quickly and as a result looks very smooth, but it’s a very tough game! F1 World Championship Edition clearly uses the same engine, but the frame rate has been limited in order to make the game a lot more accessible, and personally I prefer it, even though it slightly forsakes some frames per second.

It has a few game modes; practice, knockout and championship. All of which play the same, except knockout you play round by round and championship takes you through a championship with the drive and points system, battling to come out on top by the end of the season.

There is also a two player mode which actually is great fun and adds lots more to the overall enjoyment of the game – As you can see, it is quite a hard job to demonstrate two players with only myself to control both cars!

To sum it up, F1 World Championship Edition is an average racer. It was released at a time when the Sony PlayStation and Sega Saturn would take the driving genre and push it firmly into the 3D realm. 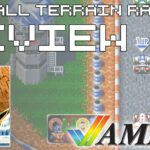 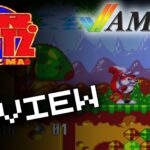 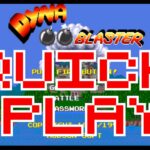 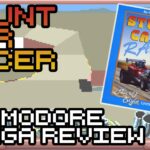